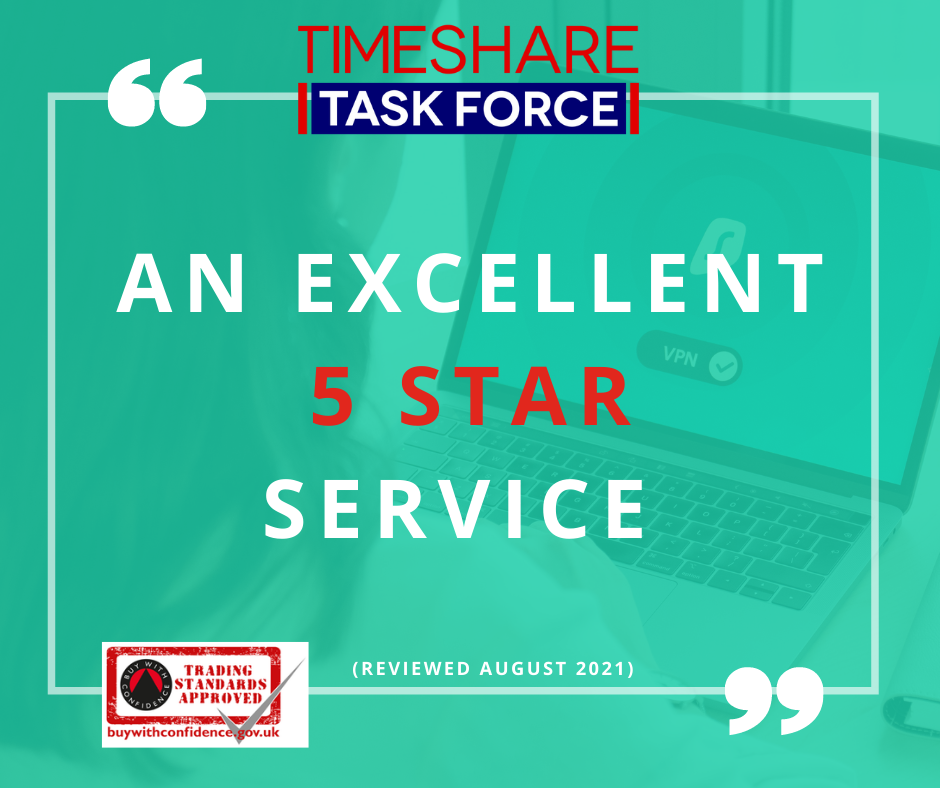 FIRST CLASS SERVICE FROM TIMESHARE TASKFORCE. I was wary about a company based in Tenerife who claimed they could get me out of a timeshare I had. Having paid a deposit, I began to have second thoughts and contacted Timeshare Taskforce. The advice given to me confirmed my fears, and I was given advice on what steps to take in order to get a refund, but as this company refused to answer any e-mails (confirming in my mind they were a con) Timeshare Taskforce helped me complete a Section 75 claim against my credit card company. I received a full refund thanks to the help of June Payne and the team at Timeshare Taskforce. They even kept in touch after the claim to ensure all was progressing well. AN EXCELLENT 5 STAR SERVICE