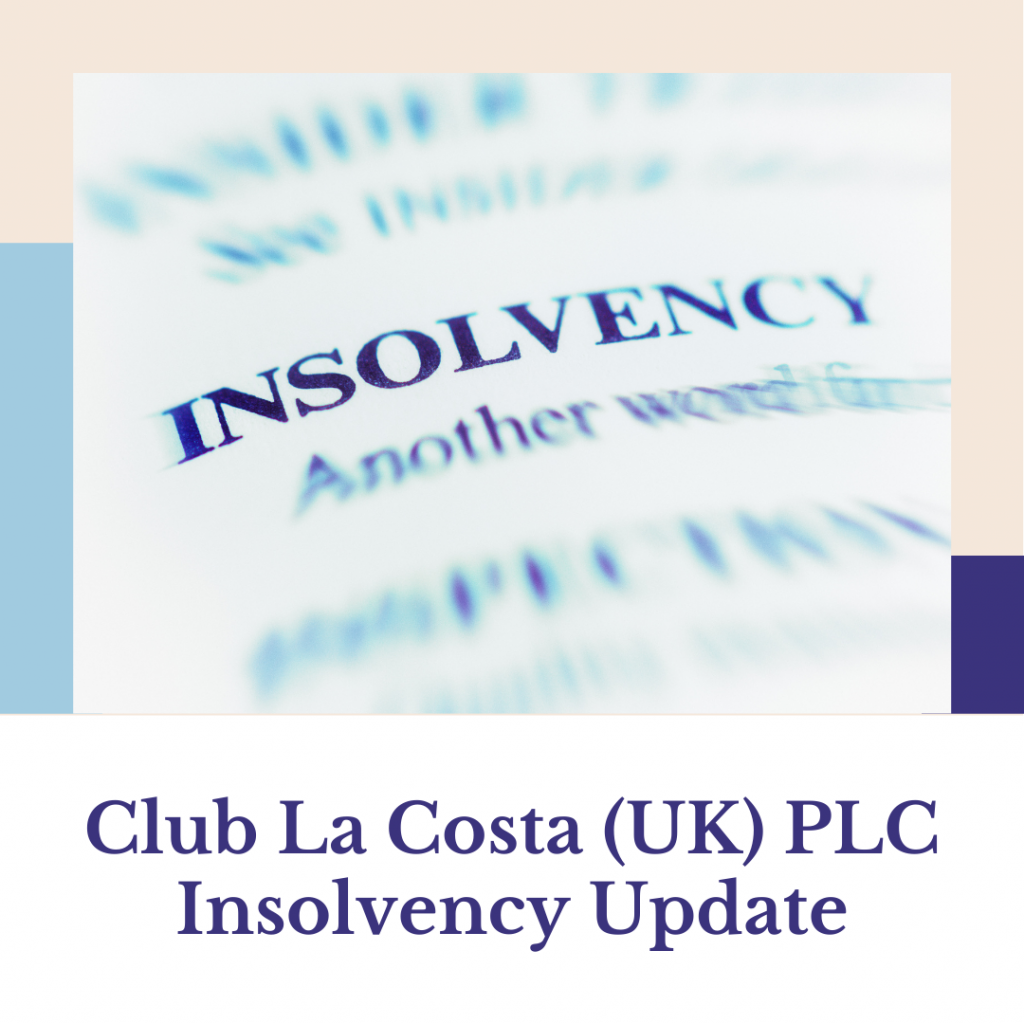 Following an application in the UK High Court in April 2021, it has been confirmed that the administrators appointed initially to manage the insolvency proceedings, BDO, have been replaced by the firm FRP.

Creditors, including those that have legal claims through Spanish courts, should shortly receive more information from FRP. In the interim, the last progress report from BDO can be viewed on the following link https://find-and-update.company-information.service.gov.uk/company/03123199/filing-history/MzMwNDg5MzU3MmFkaXF6a2N4/document?format=pdf&download=0

References are made to the court application to replace BDO within the report.

CLC members / owners that are not already represented are advised to take independent legal advice if they wish to clarify any aspects of their position.

With regard to ECC, M1 Legal and legal advice

European Consumer Claims, better known as ECC, work in partnership with Spanish law firm Maxima 1 Legal, trading as M1 Legal. These businesses have been heavily involved in legal actions regarding Club La Costa (CLC), (and others) particularly in Spain, where a Spanish Supreme Court decision in 2015 enabled many timeshare owners to make claims in Spain regarding breaches of what is usually known as Spanish Law 42/98, with many claims being upheld in favour of timeshare owners.

KwikChex does however recommend timeshare owners consider facts about ECC and M1 Legal when seeking possible legal representation – on the following basis.

We recommend that consumers deal directly with qualified and regulated lawyers. Ideally, you should ask for a viability report from them prior to paying any fees. Such a report should include the likelihood of success, the basis in law of any actions, disclosure of all fees and likely costs, a description of the processes, including an estimated time to complete and advice regarding the risks involved.  We view it as very important that such advice should also include any risks associated with the insolvency or potential insolvency of businesses against whom the claims are being pursued. This is so that you are informed as to the possibilities of paying substantial legal fees, but not receiving monies awarded due to the insolvency of the business.

The above content is provided as a part of the Timeshare Task Force initiative, managed by KwikChex. Details regarding funding, accreditation by Trading Standards and achievements can be found on the following link https://timesharebusinesscheck.org/about-2/