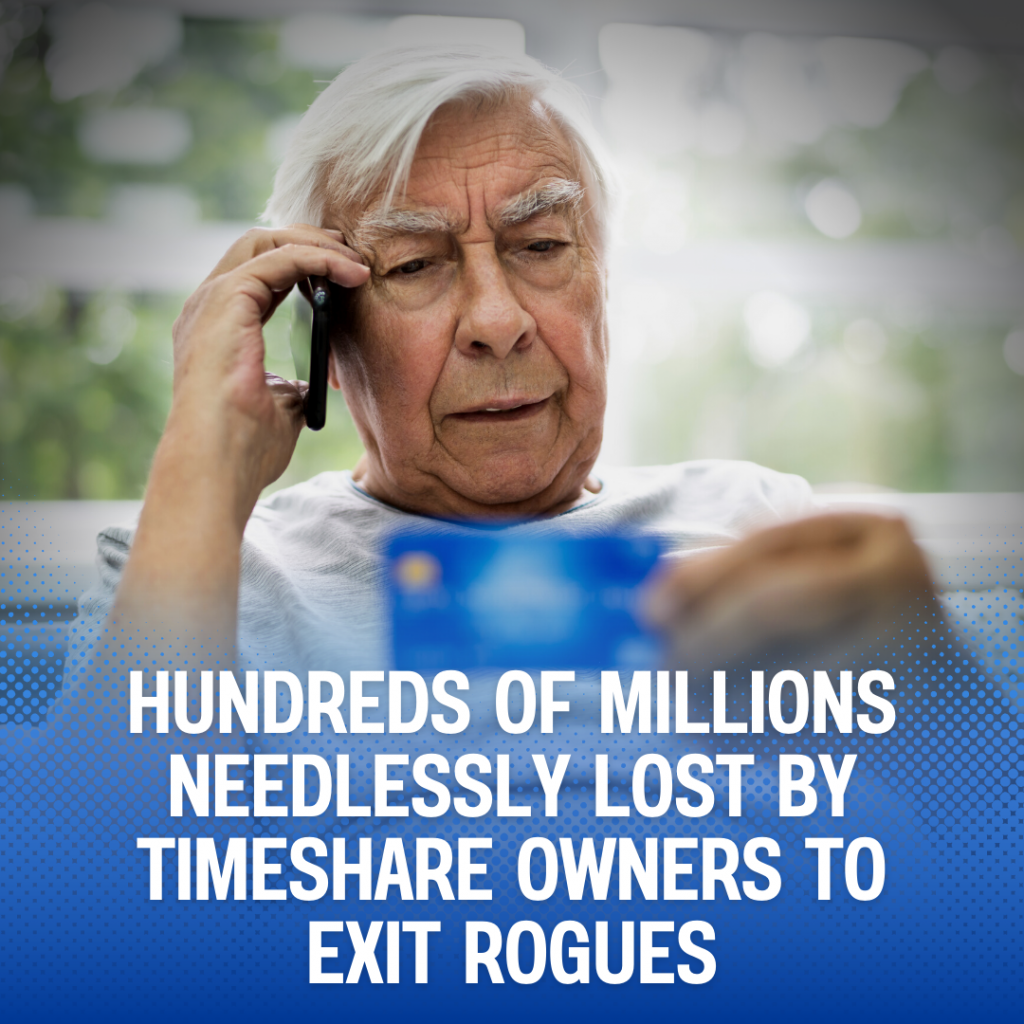 The many thousands of timeshare owners that have been paying huge fees to rogue timeshare exit and claims businesses realise too often and too late that they have been the victims of scammers – and had several simple, legitimate options.

KwikChex has analysed over 4,000 cases of severe detriment reported by timeshare owners and found that the vast majority have a number of factors in common.

In all cases dealt with, every owner had other options, including free and lower cost relinquishment, selling or transferring their timeshares, or renting them out to offset annual fees if they didn’t want to exit immediately.

Many times, the rogues have been extreme in their fraudulent behaviour, including –

In addition to cold-calling, the scammers have used advertising online and ‘traditional media’, including TV, radio and print. Fake reviews have also been used to deceive owners.

In addition, fake ‘official’ resources and so-called ‘advice centres’ and ‘consumer associations’ have been used by people and businesses with a long history of deceitful practices.

Regrettably, some firms providing regulated legal and claims services have also been compromised – mostly by being involved with dishonest ‘introducer’ businesses, but also by providing poor and inadequate services.

Stopping the rogues by helping owners – including free exit checks

The scale and persuasiveness of the rogue operations has resulted in owners losing an estimated 200 million Euros in Europe alone – and scams are operating in many countries beyond Europe, including the US, Mexico, the Caribbean, South Africa and Asia.

To prevent these losses getting bigger and to assist owners that have been deceived already, it is essential that authorities, consumer protection organisations and timeshare companies themselves reach as many owners as possible to provide advice on all relevant rights, options and safe resources.

KwikChex already provides free services to timeshare owners, including the Stop & Check advice, that will help owners to avoid losing their money and paying for unnecessary services. These services are funded by the timeshare sector – and crucially are vetted and monitored to ensure their integrity under an approval scheme operated by UK Trading Standards, KwikCheck is now expanding the vetting process to include authorities in other countries.

KwikChex will seek to introduce the owners to qualified lawyers, and ask them to provide a free initial assessment with an opinion on viability and any potential risks.