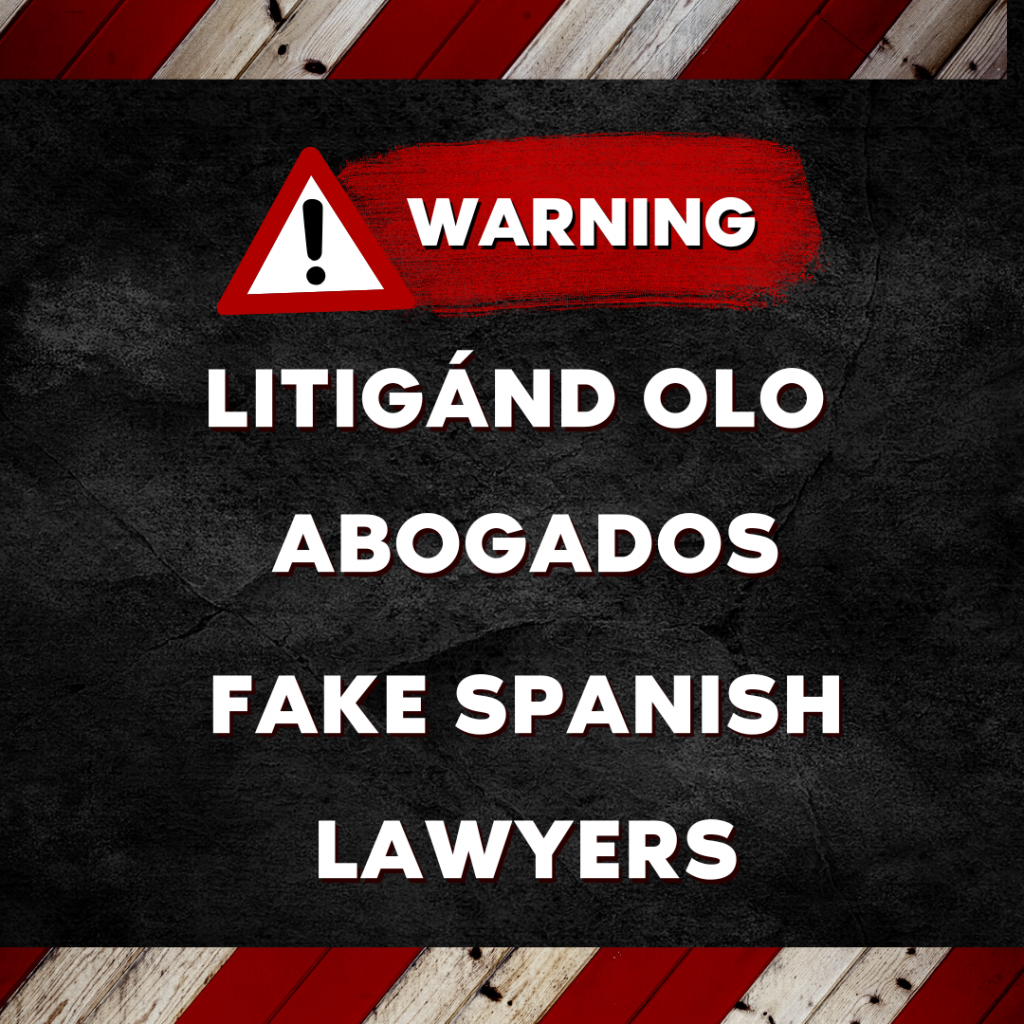 KwikChex has received reports that agents working for a business calling itself ‘Litigánd Olo Abogados’ have been cold calling consumers. They told consumers that they were involved in a class action lawsuit against Mark Rowe and Diamond Resorts – fake Spanish court documents were provided to make these false claims appear legitimate. The court case mentioned by Litigánd Olo Abogados does not exist.

Litigánd Olo Abogados told consumers they had successfully lodged a full compensation claim on their behalf and they could expect approximately €15,000 in compensation. They also claimed there was the possibility of an additional award for damages, and interest of up to 40% of the total compensation awarded. The lawyers would operate on a ‘no win no fee’ basis, but consumers would need to pay the court procurator fees – they did not say how much this would be.

Their website was created on 01/06/22 and is very similar to others used by known scammers. These companies are usually only active for months, the website domains only registered for a year, before they are replaced by a new company using a similar name and company logo. Website ownership details have not been disclosed, which makes it difficult to track the culprits.

They claim to be a registered Spanish company with the following details.

This raises serious concerns because the business address and registered company do not exist.

They provide the names of a number of Spanish lawyers from their team – these names do not appear on the register of lawyers.

The business calling itself ‘Litigánd Olo Abogados’ falsely claims to be a registered law firm – this constitutes misrepresentation which is unlawful. The court cases they mention do not exist and they have been sending fake court documents to consumers. KwikChex is warning consumers to be on their guard if contacted by this company.