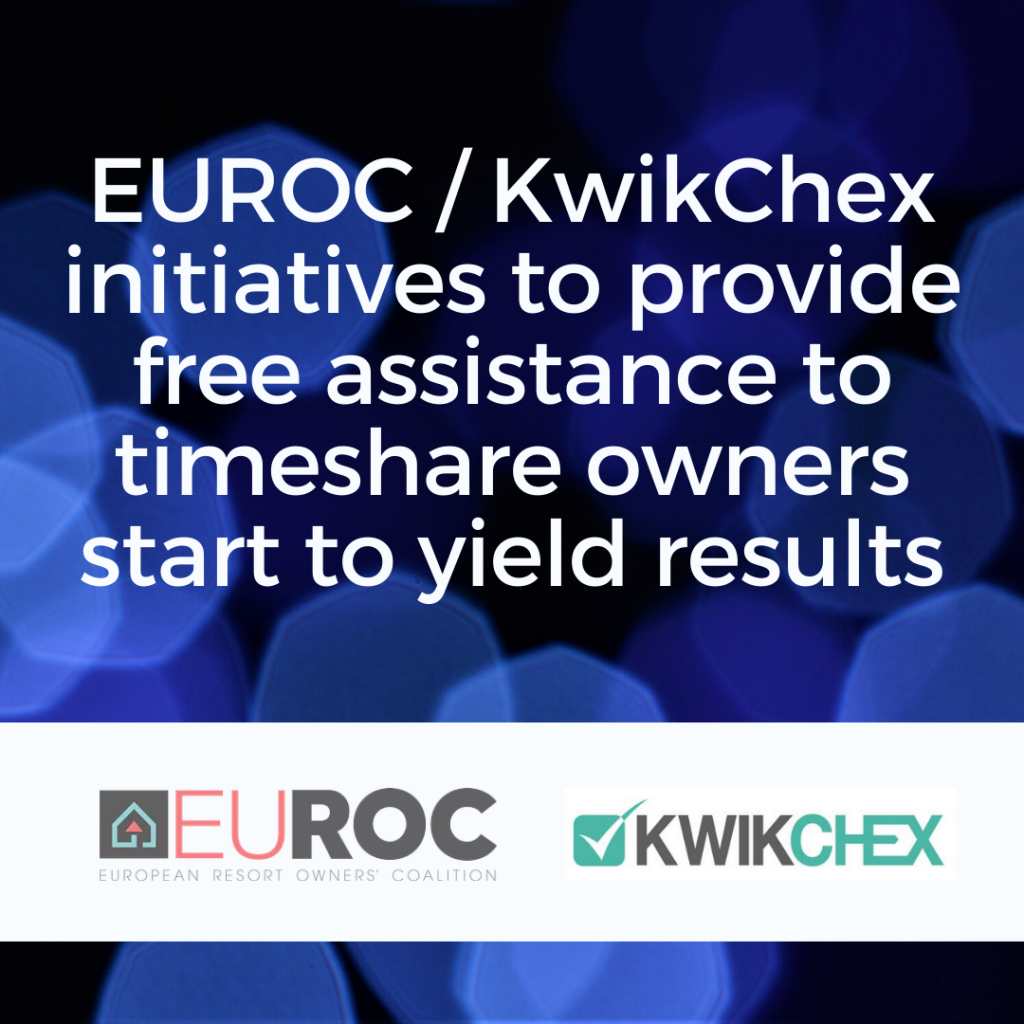 Whilst the initiatives being worked on between KwikChex and EUROC are still in their early stages, there are already timeshare owners making use of the free assistance.

Both EUROC and KwikChex have been contacted by owners that have had access to the online advice and the appropriate assistance is being provided – and valuable information is being collected for the fight against rogues.

One owner provided details where they had been targeted multiple times, had lost several thousand pounds already and were in danger of being scammed again. All instances were perpetrated by rogues known to KwikChex and concerned timeshare relinquishment. As a result of the contact made via EUROC, KwikChex has assisted and continues to do so in the following ways.

In nearly every case, the rogues were extremely plausible and persuaded the owners not to make contact with their timeshare company. EUROC and KwikChex are now facilitating contact between owner and developer and the case is a priority for resolution. We are optimistic that now the process has commenced, the difficulties will be resolved.

Following the launch of a new EUROC / KwikChex resource to help deal with cold-calling, a number of timeshare owners have been making contact and using the service.  Some excellent information is being provided which will enable further actions by the authorities. One owner also let KwikChex know of a previous scam attempt he had received – a phone call purporting to be from the ‘Telephone Preference Service (TPS), which attempted to gain his bank account details. KwikChex is aware of these scams and many more like them and has seen a big increase in them during the Coronavirus crisis. Our services are available free of charge to assist owners with concerns.

Some scepticism and reassurance

KwikChex has also been contacted by some owners that are sceptical of the nature of the assistance being provided by EUROC and KwikChex. They have mentioned the aspect of funding by RDO, the representative body for timeshare companies in Europe. KwikChex understands such concerns and is always happy to answer them very transparently.

The setting up of these resources has been in response to the fact that nothing such as this currently existed for timeshare owners, who are routinely subjected to unsolicited contacts and false advertising from rogue businesses. And of course who also want to understand their rights etc. as timeshare owners. We advise that KwikChex operates autonomously and that the structure is very similar in this regard to organisations such as ABTA and even regulated authorities – funded by the industry, but acting with autonomous integrity. In addition to the reassurance of these services having been vetted and approved by UK Trading Standards, it is also notable that KwikChex receives referrals and requests for assistance from organisations such as Citizens Advice, the police and Trading Standards and government departments – something that only occurs because of the integrity of the Timeshare Task Force operation that KwikChex manages.