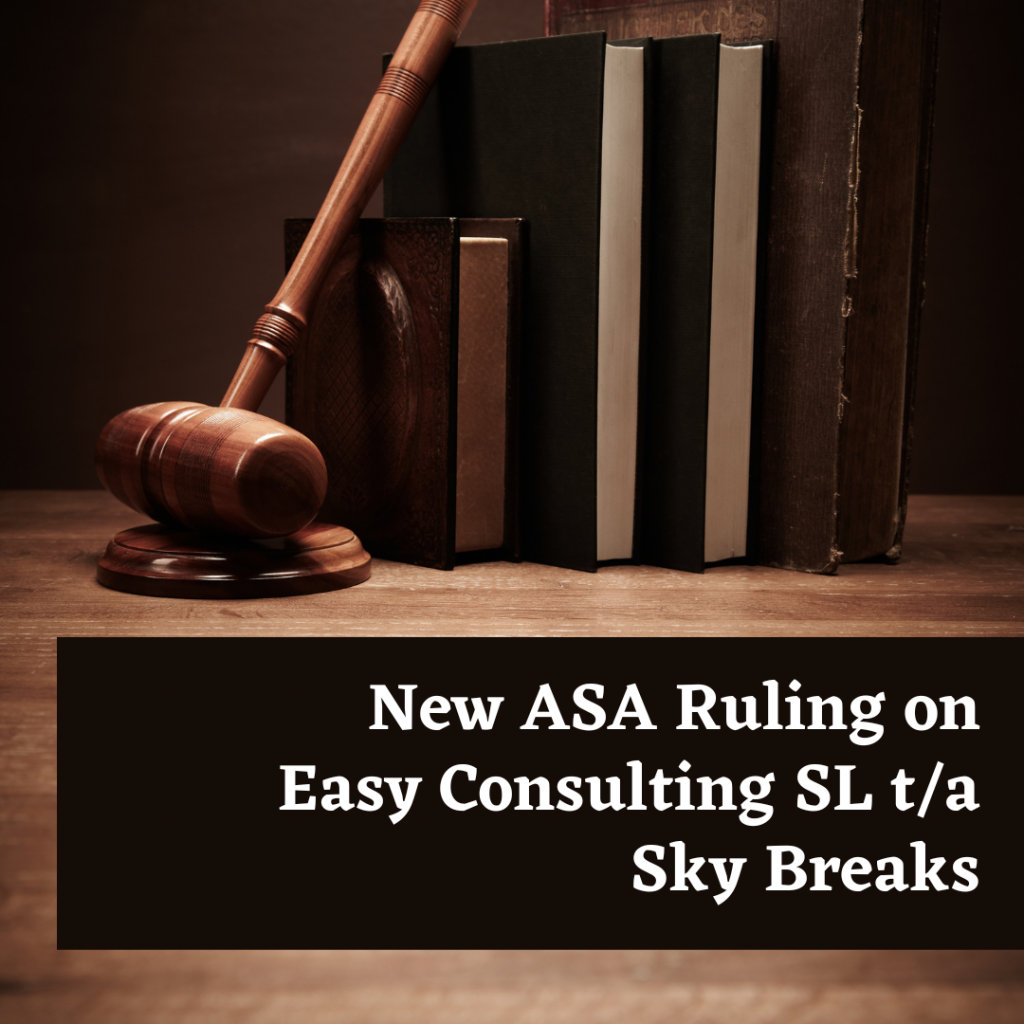 “The complainant, who was told over the phone he had won a runners-up prize but that he must pay a fee to claim his prize, challenged whether the promotion breached the Code.”

“The promotion must not be run again in the form complained of. We told Easy Consulting SL to ensure their future promotions included all significant conditions, including information about the number and nature of prizes. We also told them not to falsely claim that consumers had won a prize if they were required to incur a cost to claim the prize.”

Other complaints against Easy Consulting

For years, Easy Consulting and the many different bargain holiday brands they use have targeted UK consumers with cold-calls, online marketing and long-term holiday services which are often not legally compliant under Consumer Protection Regulations.

Series 11 Episode 1 of Rip Off Britain examines this story in greater depth.