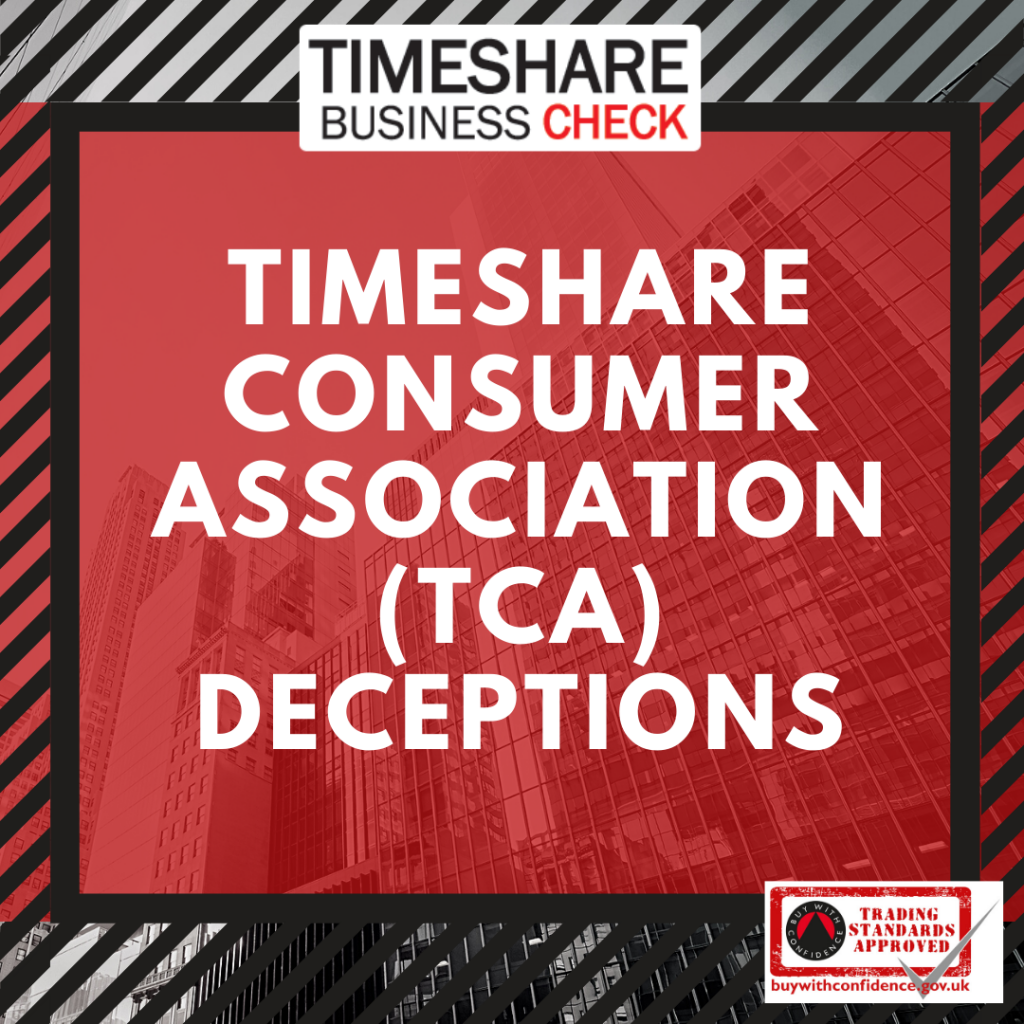 The now infamous Timeshare Consumer Association website, often known as the ‘TCA’ has been taken over once again by people connected to scams against timeshare owners.

Concerns have been rightly raised by consumers that the TCA is not by any means an independent ‘watchdog’.  Until recently it was owned by Mark Rowe, who was arrested and is currently on police bail regarding the activities of his Monster Travel and SellMyTimeshare.tv businesses. It was recently taken over (along with other trading names and websites previously owned and operated by Rowe, including ABC Lawyers and Timeshare.Lawyer) by European Consumer Claims (ECC), a business controlled by Andrew Cooper, who was previously one of the principal figures behind a number of businesses closed down by the UK authorities and civil actions by consumers, these included Club Class Concierge and ITRA.

The latest deceits by ECC follow exposure of similar practices when the site was controlled by Mark Rowe, with the Daily Mirror producing an article in December 2016, titled “The Timeshare Consumer Association claims to be an independent consumer champion, but is it?” – see details on this link https://www.mirror.co.uk/news/uk-news/timeshare-consumer-association-claims-independent-9367808

Following complaints made by consumers and information provided by KwikChex, European Consumer Claims (ECC) have now published the following information on the TCA website.

This ‘part-admission’ confirms that information provided to the TCA is shared with ECC. More information will be provided shortly.

Since control of the TCA website passed to ECC, at the end of 2019,  ownership details have varied.